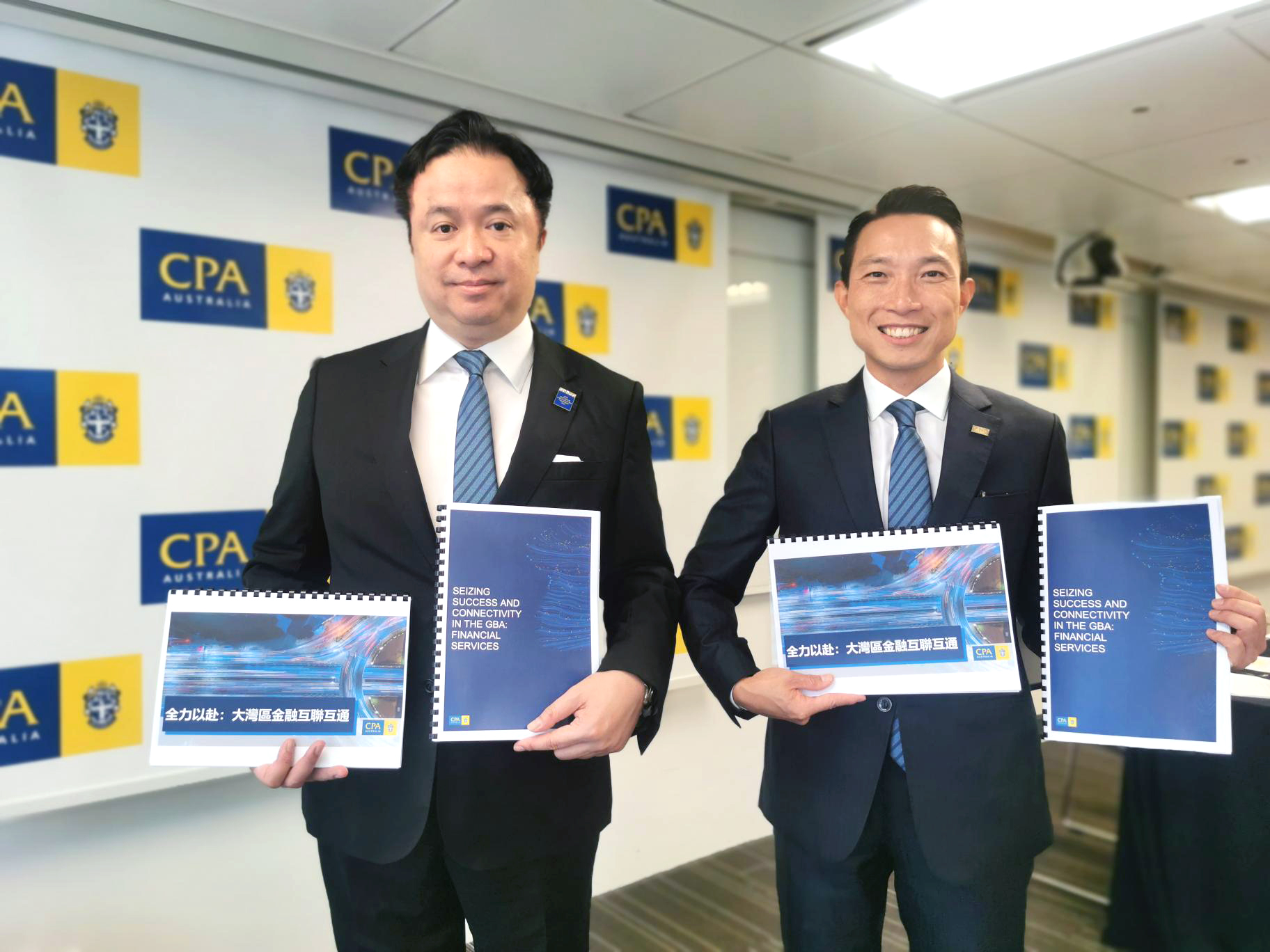 CPA Australia's report Seizing Success and Connectivity in the GBA: Financial Services found almost half of respondents expected green finance and carbon trading will play a major part of their business' activities in the area over the next five years. 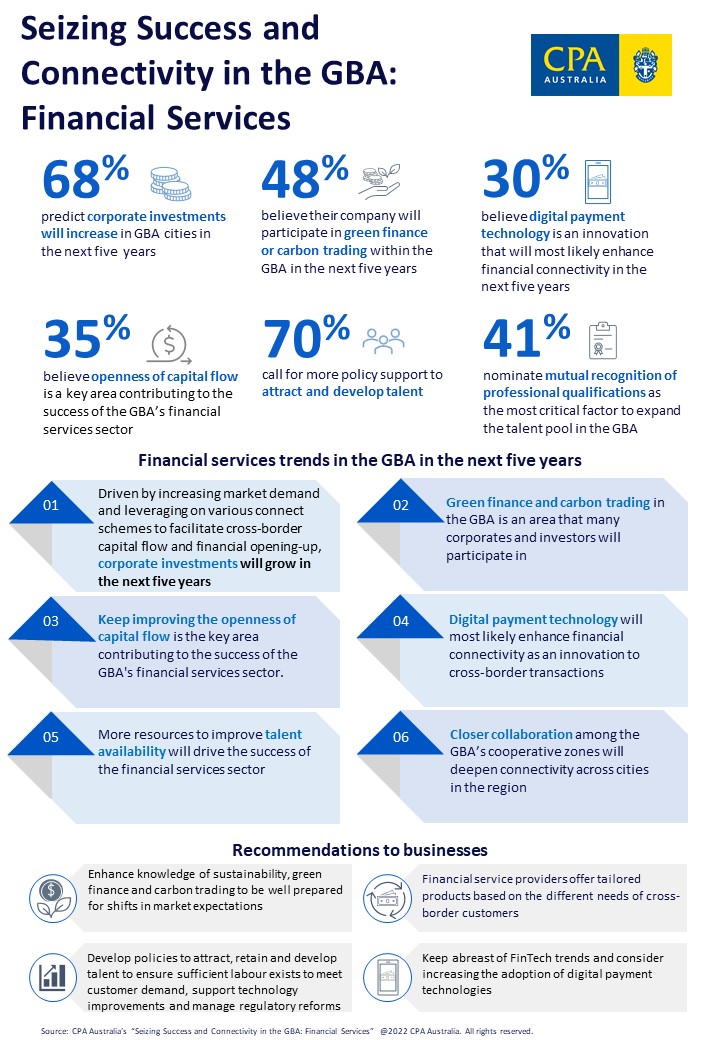 CPA Australia surveyed 483 accounting and finance professionals and 17 policymakers, regulators and business leaders across the GBA cities for the report.

CPA Australia President of the 2022 Greater China Divisional Council and Chair of the Financial Services Committee Eden Wongsaid the GBA was on a strategic mission to break new ground, which will lead to an influx of capital in the region.

"The GBA is one of the world's wealthiest megalopolises, with the highest concentration of high-net-worth individuals in the world," he said.

The potential minimum investable assets of wealthy families in Guangdong, Hong Kong and Macao grew from an estimated US$365 billion in 2017 to US$415 billion in 2021.

"To capture these unprecedented opportunities, many corporates have strategically planned to increase investments in the GBA in the next five years," Wong said.

The report identifies six major influences on investments in the GBA over the next five years:

"Regulators have endeavoured to establish an ecosystem in Hong Kong to guide and support companies towards the path of a low-carbon and sustainable transition," Wong said.

"They have set a strategic framework and agenda for green and sustainable finance and published guidance on sustainability-related disclosures.

"Hong Kong may play a role as a super connector to link China's carbon trading scheme with the rest of the world and set the GBA on a fast track to improve the quality and efficiency of green and sustainable finance. We suggest the authorities across the GBA cities explore the possibility of establishing a unified carbon trading market to serve both domestic and international investors."

More than one third of respondents said the openness of capital flow was a key advantage for businesses operating in the GBA. "Cross-border capital flow continues to grow and the use of the Renminbi in global transactions is increasing," Wong said.

Businesses in the GBA are facing a global talent shortage. Respondents said more resources for talent availability would drive positive improvements over the next half a decade; seven in 10 called for more policy support to tackle this issue.

Forty-one per cent of respondents nominated mutual recognition of professional qualifications as the most critical factor to expand the talent pool in the GBA.

Pang said there continued to be multiple accreditations for professional qualifications across the GBA mainland cities and the Special Administrative Regions.

"To dismantle this barrier and accelerate the movement of talent, regulators and professional bodies should explore ways to simplify accreditation processes and encourage young professionals to accumulate practice experience by working in other GBA cities," Pang said.

"Policy makers, regulators and investors who contributed to our report expressed the need to deepen future collaboration to tackle these issues.

According to Pang, "Regulators and corporates across the GBA should make a concerted effort to buttress the advantages in the region such as the openness of capital flow and the high quality of financial infrastructure."

CPA Australia is one of the largest professional accounting bodies in the world, with more than 170,000 members in over 100 countries and regions, including more than 22,200 members in Greater China. CPA Australia has been operating in Hong Kong since 1955 and opened our Hong Kong office in 1989. Our core services include education, training, technical support and advocacy. CPA Australia provides thought leadership on local, national and international issues affecting the accounting profession and public interest. We engage with governments, regulators and industries to advocate policies that stimulate sustainable economic growth and have positive business and public outcomes. Find out more at