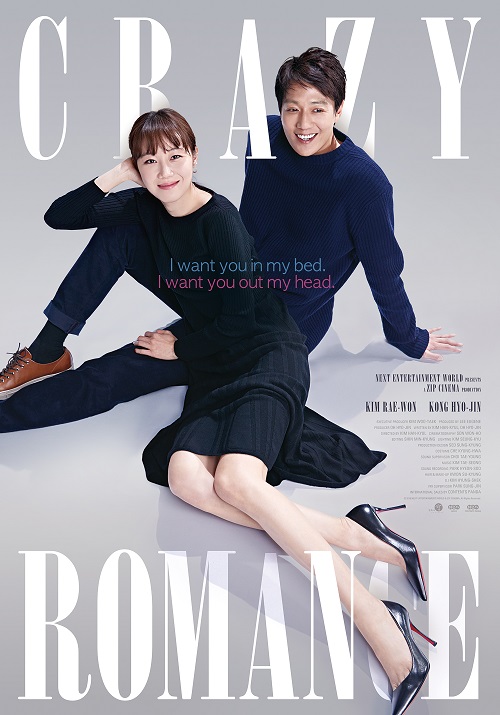 According to the real-time booking rate from the Korean Film Council[1], CRAZY ROMANCE recorded 12.3% in ticket reservation rate as at 2pm today, the highest amongst all other Korean films. Based on an article published today on popular Korean online platform Naver, the reviews on the romantic comedy film were favourable[2], following the premiere on 24 September 2019.

CRAZY ROMANCE relates the story of a man who is still in love with his ex-girlfriend and the ex-girlfriend who is currently is in the middle of a rough parting with her current boyfriend. The three of them are wounded by love.