Transmit Entertainment Turns Around to Profit in 1H FY18/19 Revenue More Than Doubled to HK$395.3 Million 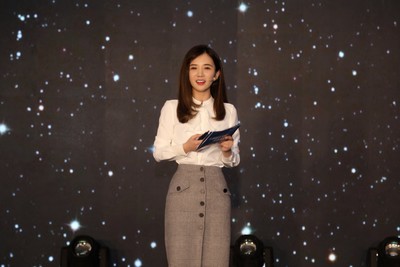 During the Review Period, the Group recorded outstanding results, with revenue up by 211.8% to HK$395.3 million when compared with the last corresponding period. Attributable to the profit contributed by Khorgas Houhai Culture Media Company Limited ("Houhai Culture") as well as the revenue growth generated from the production and distribution of the film "L Storm" (L風暴), the Group turned around to profit with total comprehensive income attributable to owners of the Company amounting to approximately HK$46.5 million. Gross profit was approximately HK$174.6 million, representing an increase of 125.7% and gross profit margin was approximately 44.2%. As at 31 December 2018, the Group was in a sound financial position with bank balances and cash and pledged bank deposits of approximately HK$113.4 million.

During the Review Period, film and TV series production and distribution business remained the core business of the Group with reported revenue of approximately HK$268.5 million, representing a significant increase of approximately 743.3% compared with the last corresponding period. The Group released two films during the Review Period, namely "L Storm" (L風暴) and "Lucid Dreams" (八步半喜怒哀樂). In August 2018, the Group completed the acquisition of Houhai Culture and consolidated its accounts for the first time. Houhai Culture recorded revenue from the broadcast of the variety show "Give Me Five Season II" (高能少年團第二季) and the copyright and adaptation of the manga "Hikaru no Go" (棋魂), thereby contributed to the overall performance of the Group.

Film exhibition was another key revenue driver for the Group. During the Review Period, the Group operated five cinemas at different strategic locations in Hong Kong, including Mong Kok, Chai Wan, Causeway Bay and Tsuen Wan. Benefiting from the five cinemas in full operation, the film exhibition business segment recorded revenue amounted to approximately HK$119.7 million, a significant increase of 30.8% compared with the corresponding period of last year.

Given the unproven profitability and uncertain financial contributions and prospects of the Group's cinema in ''Vivo City'' (怡豐城) in Shanghai, Mainland China, the Group completed disposal of the business in July 2018. The net proceeds of HK$17.7 million from the disposal will be used to further invest in other business segments as part of the resource reallocation of the Group.

During the Review Period, the post-production, advertising, marketing and publication businesses of the Group recorded a total revenue of approximately HK$7.0 million, representing a significant increase of approximately 106.5% against the last corresponding period. The Group will continue to maintain the smaller operation of this business segment and timely review its overall business structure and strategies to ensure a synergy effect is created on the Group's businesses.

Transmit Entertainment is committed to producing quality films and television productions for audience. Regarding the film and TV series production and distribution, a number of copyright projects of the Group are in pre-production stage, including "Hikaru no Go" (棋魂), "Romance of the Youth" (少年江湖物語), "Redemption on the Blade" (刀鋒上的救贖), "Tribes and Empires: Mrs. Hu Zhu" (九州‧斛珠夫人) and "Persuader" (甲方乙方之勸退師). Moreover, the Group has reached agreements with some owners of popular copyrights and will develop and produce copyrighted series of works including "Unnatural" (非自然死亡), "Love Destiny" (天生一對), "Imperial Harem" (後宮‧真煩傳), "Next To The Last Girlfriend" (倒數第二個女朋友), "Turn Red into Green" (看朱成碧), "Nine Knights in Beijing" (京門九俠), "Hear" (聽見風說愛你的聲音) and "Romance in the City" (半城風月), etc. As for variety shows, the Group intends to broadcast "I Love You, Me Too" (喜歡你，我也是), a proprietary brand-new romance detective reality show, on the online platform iQIYI and to continue to launch the third season of "Give Me Five" (高能少年團), a proprietary variety brand with two seasons broadcasted, while a new gaming variety show "National Game Carnivals" (全民遊戲嘉年華) is now being developed.

Ms Zhao Wenzhu, President and Executive Director of Transmit Entertainment, said, "We are pleased to achieve such satisfactory results and turned around to profit in the first half of the fiscal year, proving that we are taking our business in the right direction. We will continue to explore all kinds of opportunities including for cooperation across the entire film, television and media industry, chain in the country, capitalizing on the Group's outstanding film production capabilities, with the aim of strengthening the Group's income base. Going forward, leveraging the partnerships forged with famous artistes and their agencies, the Group will gradually expand its artiste agency business, continue to identify high-quality artistes and simultaneously launch co-branding partnerships, Internet and Pan-entertainment products and poverty alleviation and charitable products. The Group will work hard on diversifying its operation, enhancing its profitability and generating satisfactory returns for shareholders."

Transmit Entertainment is a media and entertainment company with a diverse portfolio. The Group principally engages in film and TV series production and distribution and licensing of film rights, film exhibition and other businesses. The Group mainly produces Chinese films, variety shows and TV series in both Mainland China and Hong Kong. It also operates five Hong Kong based cinemas and one post-production company. Its subsidiary Houhai Culture has a professional film and television production team particularly adept in producing variety shows and television drama series, from screenwriting, shooting, post-production to distribution and marketing. It also owns copyrights to a large number of television drama series and has been closely cooperating with top-tier broadcast networks and online streaming platforms.